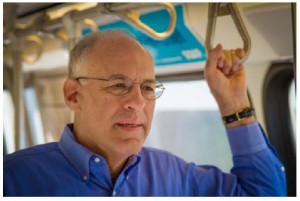 “I’ve studied a lot of books on New Urbanism. Every once and a long while one of them opens my eyes to an entirely new way of thinking. Such is Dead End.” –Robert Steuteville, Better! Cities & Towns 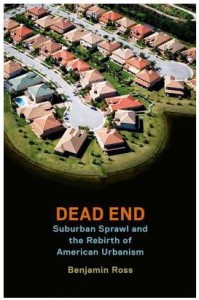 A 19th century experiment in social engineering gave birth to the American suburb, and it has dominated the nation’s development ever since. Ironically, suburbs, now the hallmark of conformity, were created by dissidents of another era, abolitionists, sexual pioneers, and seekers of spiritual enlightenment.

In DEAD END: Suburban Sprawl and the Rebirth of American Urbanism, Ben Ross traces how the ideal of a safe, green, orderly retreat where hardworking members of the middle class could raise their children away from the city mutated into the McMansion and strip mall-ridden suburbs of today. While the Williamsburgs and U Streets of America are sought-after places to live, further revitalization of urban districts are hard to reproduce, and strip malls and tract housing continue to spread. Sprawl, he finds, is much more than bad architecture and sloppy planning. Its roots and America’s addiction to it are historical, sociological, and economic.
To rejuvenate cities, Ross lays out the first comprehensive political strategy for the New Urbanist movement. He finds that the two keys to creating better places to live are rail transit and genuinely democratic oversight of land use. DEAD END is, ultimately, about how to rejuvenate your cities and create better places to lead our lives.

Benjamin Ross was president of Maryland’s Action Committee for Transit for 15 years, which grew under his leadership into the nation’s largest grass-roots transit advocacy group. He is a consultant on environmental problems and served on committees of the National Academy of Sciences and EPA Science Advisory Board. He writes frequently on political and social topics in Dissent Magazine and is the author of The Polluters: The Making of Our Chemically Altered Environment.
To speak with Ross or request a review copy,
please contact: Alana Podolsky, Publicity
212-726-6057 or alana.podolsky@oup.com