CART’s next regularly scheduled meeting will be held August 10, 6:30 PM, at the Crescent Hill Branch of the Louisville Free Public Library, basement meeting room. All meetings are open to the public. 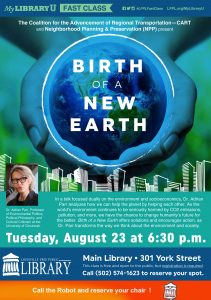 CART has been advocating for Louisville’s transit development since 1992 and this program continues our long history bringing relevant and timely information to forefront of the pubic consciousness.   Our advocacy led to the TARC T-2 Study for Louisville’s first Light Rail Line in the 1990’s.  That study was shelved to fund the Bridges Project.

Even though the Bridges Project will consume most of Louisville’s transportation dollars for the next 40 years, there is much that can be done to improve transit, mobility, and air quality for our community.   But to do that will require persistent and coordinated work with other citizen groups and government agencies.

As a result of CART’s research, transportation emissions and energy demand affecting climate change have become our focus. Whether Louisville ever adopts and builds efficient mass transit systems, the community is now entering a period of dangerous climate change. Both developed and developing nations have loaded the atmosphere with greenhouse gases and continue to release high levels of fossil fuel emissions.
CART’s work to advocate for low emissions, energy efficient mass transit is now more relevant and more necessary than ever. However, if transportation policy does not change in our community, there is still a critical need to advance the education on the looming planetary emergency of climate change.
JOIN CART and work with others who clearly understand the need to reduce fossil fuel emissionsand adopt sustainable energy use cultural and infrastructure changes. 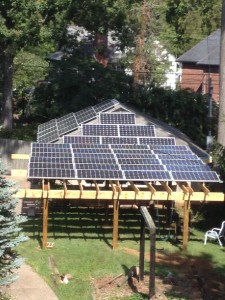 CART is a proud promotional partner for the Louisville Solar Tour once again in 2014!  This year’s tour features 34 sites with solar installers at two locations to deep dive into the technology options. To download the 2014 Solar Tour Guidebook please click here.

While solar energy is not directly related to transportation solutions, any future electric rail or trolley system will be agnostic to the source of the electricity and the more renewable energy on line will improve the air quality and greenhouse gas emissions performance of the system.

Where: Throughout Louisville. Mostly inside the Watterson on the east side but there are many excellent sites to visit in other locations including Bernheim. Three opportunities for your Tour Experience:

Bike and Bus tours begin at 12:00 noon at the APCD parking lot at the corner of Breckenridge St. and Barret Ave.

The bike tour is free to all participants and will also be leaving from the APCD parking lot (at the corner of Barret and Breckinridge) at 12 PM.

For more information go to http://www.kentuckyipl.org/2014-louisville-solar-tour/ 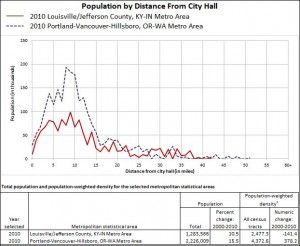 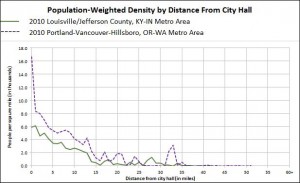 The Distance Profile includes two metrics: population by distance from city hall and population weighted density by distance from city hall. The results for each MSA are plotted on line graphs where each point represents a circular band of land one mile wide with each successive band radiating outward from the city center.  The geometry of this metric results in each successive band having a greater area. The resulting graph has a peak at the band with the greatest population or density then falls off as the bands contain more and more rural areas. Take a look at Louisville’s graphs. END_OF_DOCUMENT_TOKEN_TO_BE_REPLACED 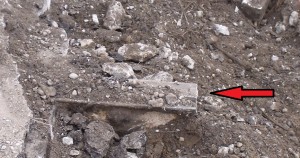 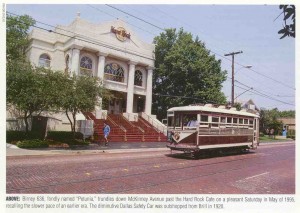 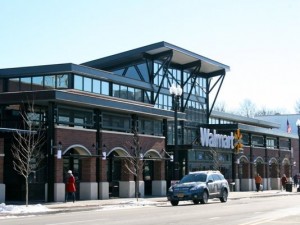